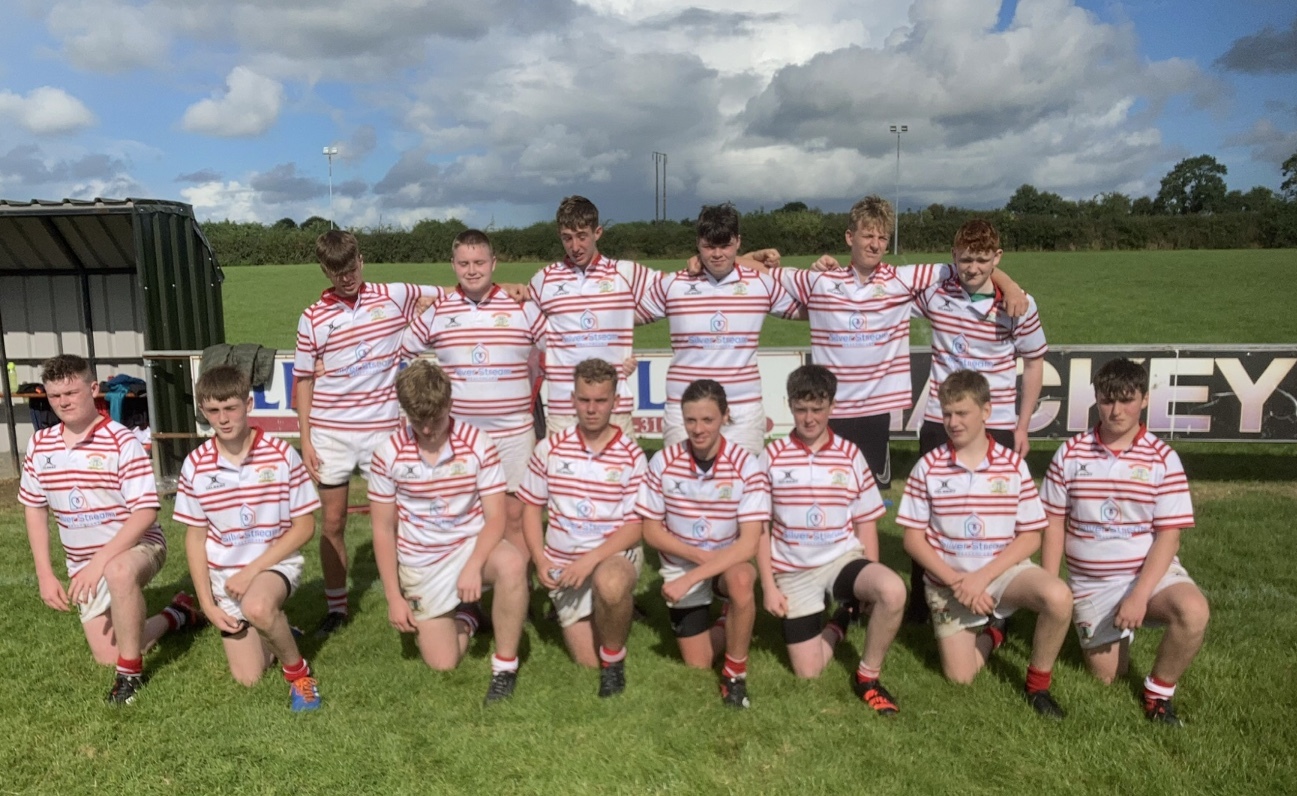 Nenagh Ormond U16’s has had a positive start to the Pan Munster U16 phase one competition with two victories in the past couple of weeks. First up was Thurles at home in a mixed bag of a game. Nenagh started well and with the benefit of the wind and scored three tries in the first 25 minutes through Aaron McGrath, Fionn O’Meara and Luke O’Callaghan, with Darragh Gleeson kicking two conversions. They conceded a try just on half time which was converted and went in 19-5 ahead. the kick off led to Thurles getting a second try under the posts to leave the score 19-14 and the full half into the wind to come but some improved play laid the foundation for Darrgah Gleeson to score two more tries and kick one conversion to leave the final score 31-19, with Thurles grabbing one further try in the second half. It was the first game of rugby for Stephen Armitage, Aaron McGrath and Dan Keneally and despite a bit of covid rustiness with a few missing players, it was a good start to the campaign. After the game the players were presented with gear bags by Declan McGrath from Declan McGrath Car sales in Lisboney, many thanks to Declan for his support.

Last Friday evening the boys played round two under the lights again at home, on a evening that was perfect for some running rugby. With a few players back from injury and travels and a couple of good training sessions under the belt the boys produced a good performance against a young Cashel team. Cashel were missing some of their older players through injury and panelling in Rockwell so were under pressure from the start of the game. Nenagh scored six tries from Harry Sheppard, Fionn O’Meara, Darragh Gleeson, Dylan Crowe x 2, and Conor McGrath. Darragh converted three to leave the final score 36-0 to Nenagh. It was good to see some of the patterns from training being displayed on the field and there some excellent passages of play from both backs and forwards. Some of the U15 players helped out as subs and all the players got a run and some good game time.

The U16 squad is very small, only 17 players, so anyone who was born in 2006 and wishes to give rugby a try, training is on in Tyone opposite the hospital at 7pm to 8.15 on Thursday and 7.30 to 8.45 on Thursday nights. A lot of the boys played for Nenagh CBS on Thursday against Abbey CBS , with the Nenagh boys winning out by 22-5, so if any of the school players not playing would like to give rugby a try they will be very welcome.