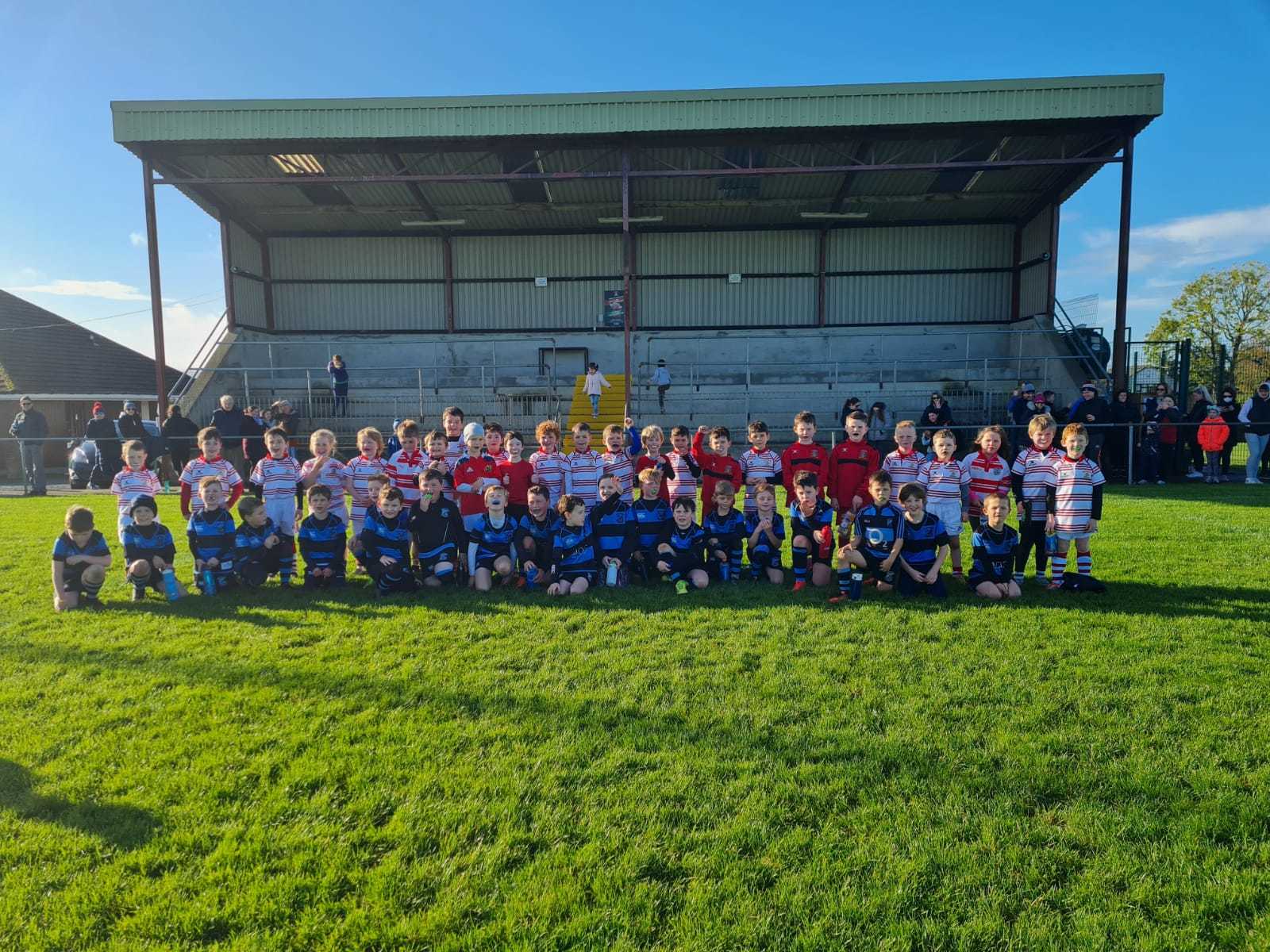 Published: about 1 month ago

Split the Bucket: Congratulations to this week’s winner Anne Cunniffe. This week’s jackpot was €509. For those wishing to join it’s now easier than ever. Find our QR code on our social media pages and scan to bring you directly to the purchasing page. Since beginning the Split the Bucket Draw has now grossed over €50,000. Thank you so much to all who contribute to our fundraising efforts.

Senior Rugby: After a much needed rest week to get injuries in order our Senior XV return to All Ireland League action this Friday night with a home fixture versus UL Bohemians at 8pm. This is now a huge fixture with our performances so far, despite their quality, not yielding much in the way of league points. All support is greatly appreciated and hopefully a good, vocal home support will do the trick to encourage the boys to their first league win of the year. The clubhouse will be open and their will be live music from Lisa Manning in the clubhouse after the game so why not get the weekend off to a good start by making it to Lisatunny Friday night.

Under 15: North Munster Under 15 League

Nenagh and Ennis played out a very entertaining game under lights in Lisatunny on Friday night last.

In perfect conditions and with a large crowd in attendance Nenagh got off to a flying start. The home side moved the ball quickly from right left, allowing pacy winger, Marcus O'Mahony to escape up the touchline and in for a great try. Outhalf, Cillian Healy was successful with the extras. Nenagh were well on top in the opening exchanges and were unlucky not to score more. Nenagh dominated posession and field position and were held up over the line on two occasions. Eventually the Ennis line was breached with captain and number 8, Emmet Jones showing great strength and determination to drive over from a ruck. Cillian was just wide with the conversion. Nenagh went in to the break 12-0 up.

A change at outhalf and a change in gameplan by Ennis started to pay dividends from the off. The no. 10 put a lot of pace on the ball and tried to get his big ball carriers into space at every opportunity. It made for a very entertaining game for the spectators. Nenagh stuck to their guns with some big tackles by the backrow of Kedagh Broderick, Emmet Jones and CaylumFogarty on debut driving the visitors back. The Ennis no. 8 did manage a great line break and was brought down by the Nenagh scrum half, Dara O'Looney with a fantastic tackle reminiscent of Craig Casey.

In a good win for Nenagh, Ryan Gratton and Adam Butler used their power to great effect in the front five. In the backs, Joe Dwyer and Dylan Gamble caught the eye with some great running and tackling.

Man of the match was Dara O'Looney with a special mention for debutant, Caylun Fogarty who played very well throughout.

Thanks to referee, Tommy Moylan and to Ennis for a very sporting game.

Training continues on Tuesday and Friday nights at 7.30pm in Tyone.

Under 8: Our mighty Under 8 players had pride of place on Sunday morning with a home blitz versus Shannon RFC. The players from both sides put on a wonderful display of tackling, running rugby and try scoring. The players were chuffed to get the opportunity to make their main field debut. Training and matches for this and all other underage groupscontinue each Sunday morning. New players are always welcome. The schedule for this week is as follows: